Thomas Astruc is the creator, a co-director, a producer, and a writer for Miraculous: Tales of Ladybug & Cat Noir.[1][2][3]

Thomas worked on Code Lyoko, W.I.T.C.H., and Season 2 of "The Daltons" as a storyboard artist, and on "Totally Spies!" as the storyboard supervisor. He is also known for his work as a storyboard artist on "Wasabi" (2001) and "Asterix" and "Obelix Meet Cleopatra" (2002). At some point while Miraculous was being made, he was a guest artist for LoliRock on the episode "Batty", storyboarding the second half of the episode and revising the episode's script.[4] 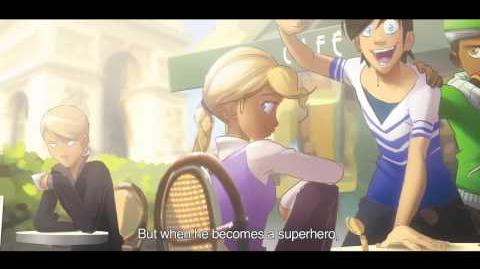 Early sketch of the Quantic Kids.

Retrieved from "https://zagtoon.fandom.com/wiki/Thomas_Astruc?oldid=2580"
Community content is available under CC-BY-SA unless otherwise noted.